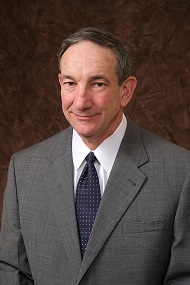 Previously, Mr. Winters served as a senior executive with NASA’s Office of Inspector General (OIG) from 2005 through 2015. As NASA’s Assistant Inspector General for Investigations, his staff of special agents, investigative auditors, and computer forensic examiners focused on allegations of fraud, waste, and abuse affecting NASA’s programs. In coordination with the Department of Justice, his staff recovered more than $650 million in civil and criminal fraud-related penalties, and his Computer Crimes Division spearheaded many successful investigations into international computer intrusions affecting NASA, which resulted in holding cyber criminals accountable in Europe, Africa, and Asia.

Before joining the OIG community, Mr. Winters had a career with the United States Marine Corps, retiring as a Brigadier General. His initial service was as an armor officer with the Second Marine Division, and then as a judge advocate after attending law school through the Funded Law Education Program. Subsequent domestic and overseas assignments included duties as a prosecutor and defense counsel; a faculty member at the US Army’s JAG School in Charlottesville; a battalion commander at Parris Island Recruit Depot; and a senior uniformed legal advisor to the Commandant of the Marine Corps, where his office was also responsible for providing legal support to over 172,000 Marines and their families. As an adjunct faculty member for the Defense Institute of International Legal Studies, Mr. Winters led instruction teams in the rule of law and civilian control of the military for senior civilian and military officials in the Republic of the Congo, Czech Republic, Philippines, Estonia, and the Republic of Ghana.

His final Marine Corps assignment was as an Assistant Judge Advocate General of the Navy, where, among other duties, he was a principal advisor for military justice policy for the Department of the Navy. He was also in the Pentagon on 9/11 and later served in Iraq.